Google announced Google Assistant bot in May 2016 on Google I/O conference. The bot is integrated into a new messaging application Google Allo that was released on September 21, 2016.

Google Assistant can show weather, news, travel ideas, restaurants, put events on your calendar, and make restaurant reservations. I guess it can do most of the things that Google Now could handle.

Google Assistant is going to be an “uber-bot”: a bot that serves as an entry point for any user requests. The bot can recognize what you are asking and route the request to an appropriate specialized bot. On October 3, 2016, Google announced “Actions on Google” program, which will allow developers to build “actions” for Google Assistant.

A few dozen companies plan to integrate their services with Google Assistant. The platform will launch in December 2016. 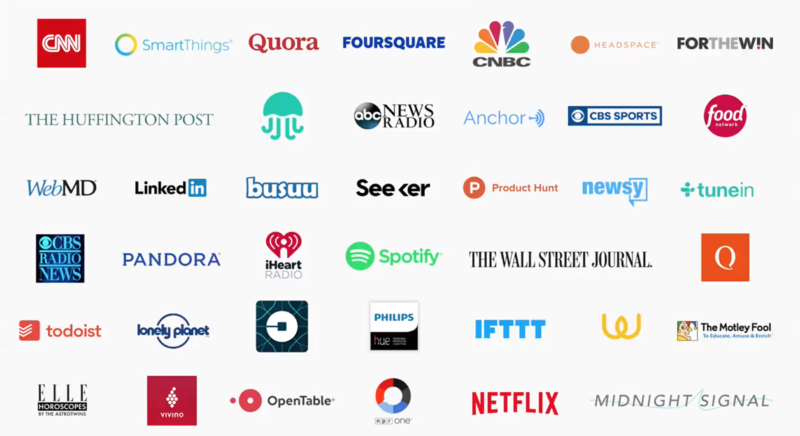 Actions can be direct or conversational. Direct actions are similar to Siri or Alexa interactions: ask something, get a response. Conversational actions are back and forth conversation. Google is going to help developers with building conversational UX using services like API.AI, which was acquired by Google in September.

Google Assistant can’t process purchases yet and doesn’t provide Payment API to bot makers. It will be logical for Google to add payment functionality, considering that Facebook Messenger allows payments.

There is no Actions development documentation publicly available. It will be interesting to know how much freedom developers will have in design and integration of their bots.